I’d originally written this story for a child to manage a change, deal with loss and focus on resilience.  However, the story mirrored changes in my life, with writing being a healer.  Learning to ask for help and be vulnerable (which can sometimes be hard!) was an important lesson for me.  Using yoga and breathing techniques helped me to develop self awareness.  We can’t always control our external world, but we can transform how we frame our perspective.

Lily lived in Tornado Valley. Sometimes the storms were small, other times they were devastating. Her treehouse withstood this. It had been there as long as she had known, up in the cherry blossom tree. A rope ladder to climb, small hatch to clamber through, a gap where the ‘window’ was. No roof, but a place to call her own.

Then it happened. Experts warned of the danger signs. The worst storm of the decade, maybe longer. Lily looked outside as leaves swirled rapidly, hoping her precious treehouse would still be there in the morning.

That night, the wind howled and circled, swooping up anything in its path. Crashing, smashing and whooshing sounded throughout the night, as Lily and her family sheltered in the bunker, worried about what might be.

Morning finally came. The sun shone, the birds sang, but everything else was different. Devastation. Chaos. Broken wood. Lily looked up at the cherry blossom tree. The tree stood tall, but the treehouse was gone. Just a few broken planks of wood clung on, nailed to the tree. Lily slumped on a stone, head in hands, crying and angry about what she had lost. Her special place.

The singing birds were collecting things. Lily watched as they worked together to rebuild their nest, in a different place in the cherry tree. The birds weaved and knotted twigs, moss and feathers making the nest appear stronger than before. Could she do the same for her treehouse?

It felt overwhelming to rebuild in one go. Lily set herself small targets, gathering the wood one day, designing her treehouse on another. Achievable targets, little by little. She had loved her treehouse – the ladder, the hatch, the window. Could small changes make it even better? She began to feel hope again.

As Lily built higher into the tree, the build became more difficult. She knew she had to ask for help. Mr Smith, the next-door neighbour, who always had saws, nails and drills in hand, was happy to help. Together, they built the platform base. Lily knew that this treehouse would be stronger, with its screws, joints and hardwood. She hammered the nails in, catching her thumb. The pain! Her thumb throbbed! “You okay there? Looks like that hurt!” Mr Smith started, “In my building days, I’d often have mishaps with my tools. Clumsy Charlie they called me! I learnt how to breathe like this. It helped when I hurt myself, or when things went wrong again.”

Mr Smith called it his balloon breath, breathing in through his nose deeply, so his tummy looked like it was blowing up like a balloon, before breathing out slowly through his nose. Lily tried it. Her thumb still hurt but her body felt calmer.

Things didn’t always go right when building. Like the time the new hatch banged down, falling and breaking into pieces on the ground. Lily felt frustrated, kicking the tree in anger, but that only hurt her foot. She snapped twigs instead when she felt cross and that felt a bit better. The birds also gathered up the extra twigs to put in their nest!

Lily and Mr Smith persevered building it day by day. Sometimes it felt they would never finish and Lily wanted to give up. Mr Smith reminded her of the small achievements, like the real windows or the platform on a thickest part of the tree, reducing damage that future storms might bring. Lily remembered the treehouse from before and wondered if things could be the same again. At times she felt angry for what she had lost, but using the balloon breath and scrunching her fists up as tight as she could before relaxing them helped with these feelings.

After much hard work and determination, the final nails were hammered in place. Lily looked up at the finished treehouse. It was different but it felt right for her now. Two windows, a roof to protect, a wooden ladder. Stable, big enough, safe. Lily knew that things had changed, and other storms might come, but that she had the strength the weather them, whatever might come her way.

This story was written by Steph for our online mental health exhibition The Power of Creativity. Explore our gallery here… 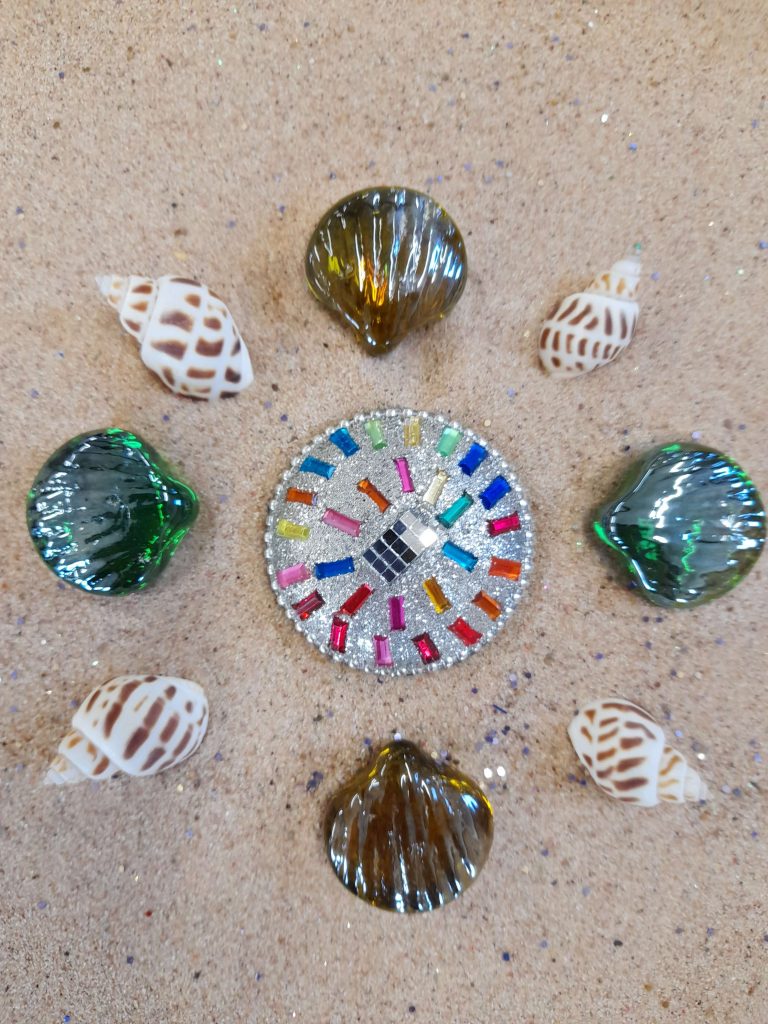 Lily, the Storm and the Treehouse (Therapeutic Story) by Steph Smout

We are so happy to have you join us! Keep an eye out for our next community news email!

Posted in The Power of Creativity - Mental Health Exhibition, Updates

The Little Caterpillar Finds Her True Self by Cara Cramp